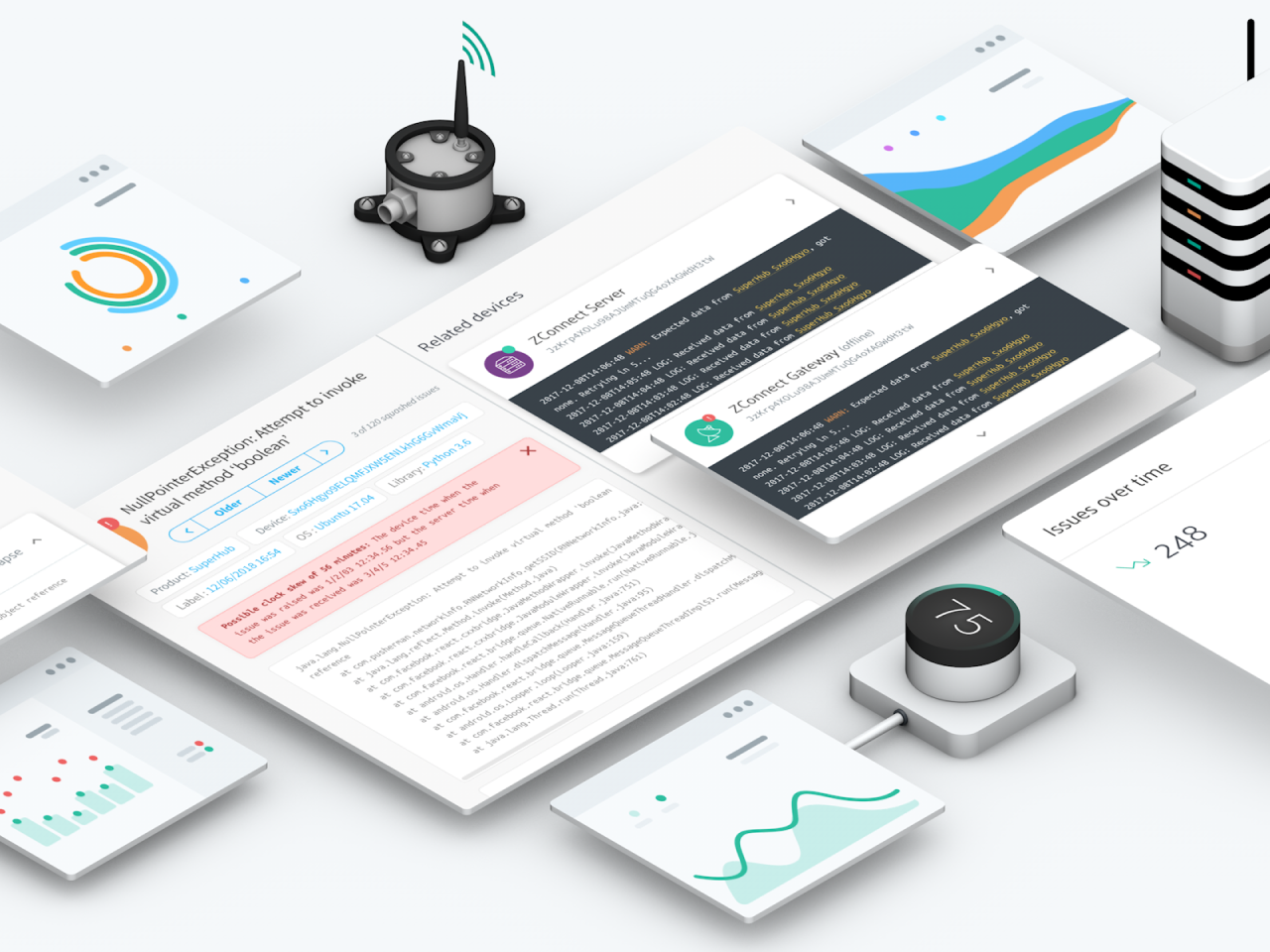 In a nut shell - Overlock was an error catching an debugging tool for distributed systems, particuarly IoT systems.

In circa October 2017, I had spent a few months scratching my head about different ways in which our expertise and IoT platform, when a completely different problem struck me - just how hard it is to debug IoT systems in production. This was something we knew all too well from several of our projects.

Even when testing in the lab is comprehensive and spans Unit, Integration and End-to-End, there’s always another bug. Combine that with IoT where most of the complexity is not in the each individual component of the system, but the emergent behaviours (or system complexity if you prefer).

Overlock was a tool built using our ZConnect system, with an Elastic search data store for exceptions. Over the course of 4 months, my team and I: 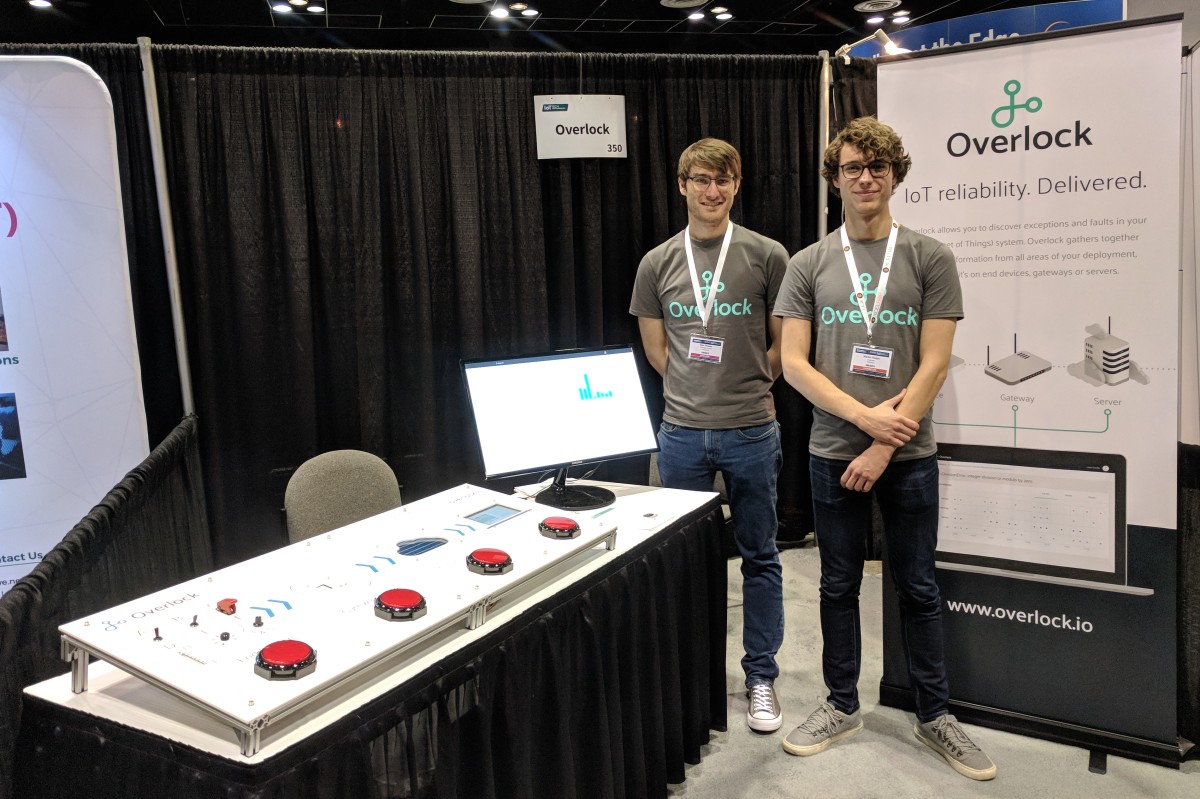 Martin Rolph (right) and me showing off Overlock in San Francisco.

The unique aspects of the solutions over other logging/exception catching systems were:

Ultimately we built enough to get the conversations we needed and were able to use this to discover 2 major problems:

Both of these problems are not ones which we can solve. The former is a technology problem and the only solution I’ve been able to think of would involve a hardware based solution (meaning selling a module/chip which communicates to overlock). The later is a people problem - certainly not one which Overlock would be able to easily circumnavigate.

Overlock was never at a stage where we’d be able to open source it. As such, it’s effectively moth-balled.

If you’re looking for something like Overlock, the nearest thing is Sentry, however sentry does not have any tools for distributed issues at present.